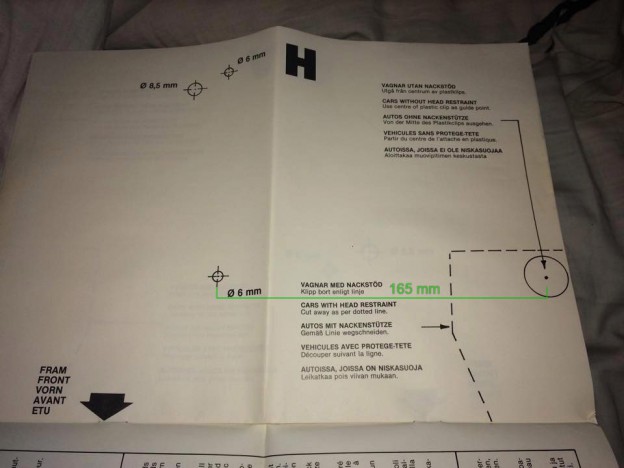 Update! A kind person on Facebook took some photos of the manual for me and sent me the measurements.

Since there’s no model number, I haven’t found a manual. Drilling templates are often in Volvos installation manuals, so I guess I’ll have to improvise… I’ve found one photo on the internet, but I don’t know if that’s the official placement. One other thing to have in mind, is that I won’t have rear headrests. The rear deck I have is from a 1989 and has holes for headrest. I will reupholster it since it was originally blue and my attempt spraying it black was unsuccessful.

This particular model houses a small tweeter and a 5.25″ speaker. My plan is to replace the speakers with one DLS Performance 125 coaxial speaker. More on that in a later post.